I’ve always liked the passage below by Rainer Maria Rilke, and especially the book by Ben Shahn whose lithographs illustrate each line starting with “For the sake of a single verse.”

Rilke wrote this when he was 28. Shahn discovered it when he was about that age, saying, “I wouldn’t have attempted to do it if I hadn’t had myself every one of the experiences [Rilke] described.” I remember the cellist Yo Yo Ma expressing a similar idea once. Already acknowledged as a master, he said he wouldn’t be really good at a young age and needed to live in order to play.

I first encountered Shahn’s book when I was also in my late 20’s. That was a time when I began to feel that I was completed–finished with schooling, past the age for the military draft, onto a job in industry after three years teaching at Rutgers, married and already divorced. Then it hit me: I barely knew how to live, much less to turn experiences to memories to “blood within.”

The passage spoke to me then of that sense of personal ending/beginning. But I also see it now as a lesson in humility for whatever we do. Our efforts to produce that single verse often focus on the rhyme and meter, when we ought to think more about engaging more fully in the life that that verse represents. 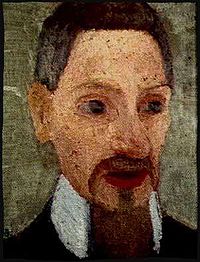 I think I ought to begin to do some work, now that I am learning to see. I am twenty-eight years old, and almost nothing has been done. To recapitulate I have written a study on Carpaccio which is bad, a drama entitled ‘Marriage,’ which sets out to demonstrate something false by equivocal means, and some verses. Ah! but verses amount to so little when one writes them young. One ought to wait and gather sense and sweetness a whole life long and a long life, if possible, and then, quite at the end, one night perhaps be able to write ten lines that were good. For verses are not, as people imagine, simply feelings (those one has early enough)–they are experiences. 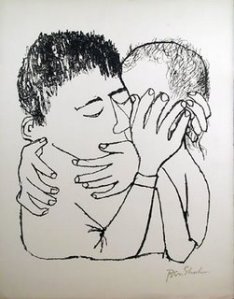 For the sake of a single verse, one must see many cities, men, and things. One must know the animals, one must feel how the birds fly and know the gesture with which the little flowers open in the morning. One must be able to think back to roads in unknown regions, to unexpected meetings and to partings one had long seen coming; to days of childhood that are still unexplained, to parents whom one had to hurt when they brought one some joy and did not grasp it (it was a joy for someone else); to childhood illnesses that so strangely begin with such a number of profound and grave transformations, to days in rooms withdrawn and quiet and to mornings by the sea, to the sea itself, to seas, to nights of travel that rushed along on high and flew with all the stars—and it is not yet enough if one may think of all this. One must have memories of many nights of love, none of which was like the others, of the screams of women in labor, and of light, white, sleeping women in childbed, closing again. But one must also have been beside the dying, must have sat beside the dead in the room with the open window and the fitful noises. And still it is not enough to have memories. One must be able to forget them when they are many, and one must have the great patience to wait until they come again. 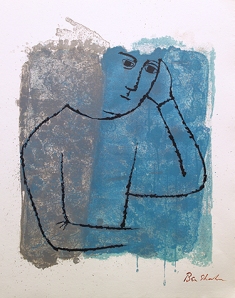 For it is not yet the memories themselves. Not till they have turned to blood within us, to glance, and gesture, nameless, and no longer to be distinguished from ourselves—not till then can it happen that in a most rare hour the first word of a verse arises in their midst and goes forth from them.

One thought on “For the sake of a single verse”