The tromboncini have welcomed August with a fanfare. And now, they’re threatening to take over. 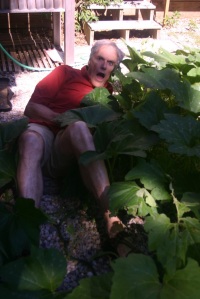 Invasion of the squash

Thanks to starter plants from Daniel Dejean, we now have vines encroaching on our house. 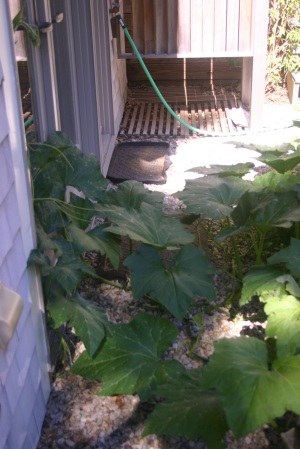 But the fruits of the plant are delicious, tastier than zuchinni. They’re huge, enough to feed the army we’ll need to defend the house against the vines. 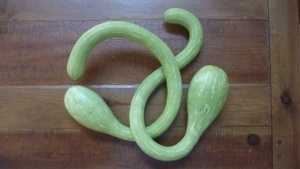 As Daniel says, and illustrates, it’s the “hit of the summer.” 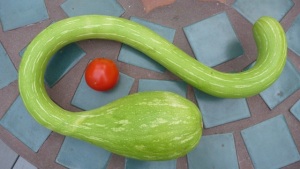 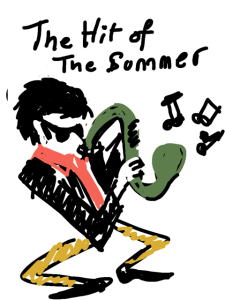 The hit of the summer 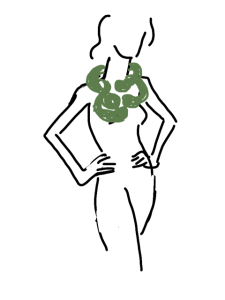 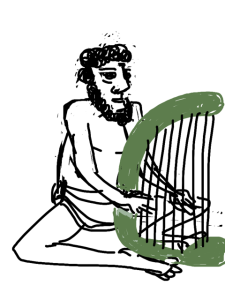 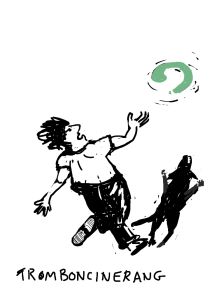 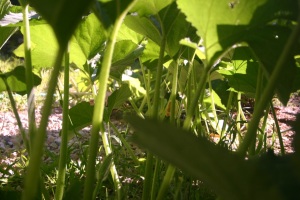 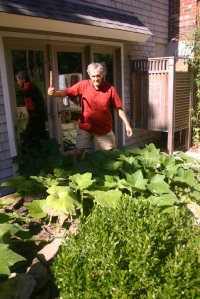