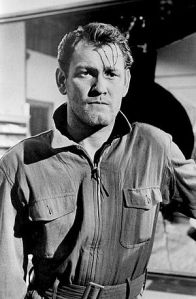 “Where is Everybody?” was the first Twilight Zone episode. It tells about a test pilot, Mike Ferris, who undergoes an isolation experiment in preparation for a trip to the Moon.

We don’t learn about the isolation experiment or its purposes until the end of the story. Instead, traveling with the pilot, we experience the effects of the isolation on his mind. Essentially, it drives him temporarily insane. In the final scene, the commanding officer glosses the problem: “The barrier of loneliness–that’s the one thing we haven’t licked yet.”

I liked the story when it first aired in 1959. It seems very far from my experience; among other things, I’m afraid of heights. But I learned that it was to be much closer to my reality than I had imagined when I first watched the show. Viewing it again recently I saw it from a new perspective, because of an event in my own life.

During my time at college in Houston, I eagerly responded to part-time work opportunities. One of these during the first, or maybe second, year, was for a part of the Apollo space program. There were many such projects in the Houston area, linked with NASA facilities in the Houston area, the medical research facilities, and local universities, especially at Rice.

President Kennedy speaking on the space program at Rice University, Sep 12, i962

The particular project I signed on to required just a weekend of work. Well, to be honest, it was a three-day weekend, plus some, which meant I had to cut some classes. It was minimum wage ($1.25/hour), but for 24 hours per day, so to me that was a huge sum of money that I could earn in one longish weekend. And of course, the space travel aspects sounded interesting.

It’s worth noting that the wage at that time translates to $9.59/hour in today’s dollars. Minimum wage workers in the present earn about 75% of the wage I received, despite most of those today working harder and having a greater need than I had.

I was disappointed, although not really surprised, to learn that my project wouldn’t involve actual space travel. But it was still intriguing for an 18 year old. Three of us were to enter a simulated Apollo capsule and carry out a mission with tasks similar to those the astronauts might encounter. We were to wear pilot jumpsuits while being connected via 11 electrodes, wires, and cables to devices monitoring ECG, EEG, and other bodily functions. We would eat freeze-dried space food and carefully monitor our input and output of food and fluids. 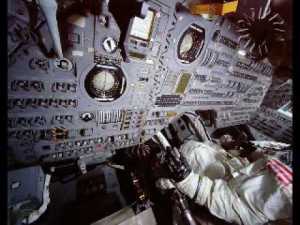 Interior of actual Apollo capsule (not my simulated one)

Before that time, all of the US space voyages had been of short
duration. Project Gemini had supported two-person flights of short duration. Meanwhile, the Soviet space program was more advanced, and had already had a person in space for over 24 hours, a person sleeping in space, and multi-person crews.

However, the Apollo program was a large jump forward for the US, one that envisaged three-day and longer flights. The first manned flight of Apollo was in 1968 and culminated in flights to the Moon. Early on there were many questions about the effects on physical and mental health, social interaction, and the ability to maintain vigilance on boring tasks.

Because I had arrived first among the three volunteers, I was designated as Captain. This proved to be important at several times during the mission. 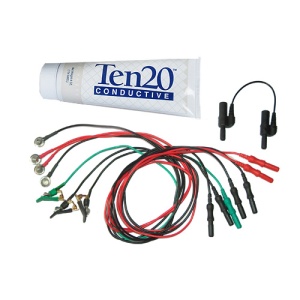 After the arrival of the complete crew there were various liability releases to sign. My crew was then informed about my promotion to a position of authority,

We then underwent a procedure that seemed routine at the time but turned out to have significance for the space program. The researchers wanted to measure our vital signs over the three-day period of the simulation, This was as much to test out the measurement protocol as to monitor our particular signs. They shaved patches on my legs, my chest, and four places on my head. Paste-on electrodes would then record signals from the brain (EEG) and heart (ECG). They could also measure pulse, blood pressure, and perhaps other signs.

Wires from the 11 electrodes were gathered into cables that emerged from caps we each wore on our heads. We then entered a box barely big enough for three bucket-like seats and various electronic equipment, including displays and buttons to push. I’d guess now that the room was about 9′ long, 5′ wide, and 7′ high. It would not have pleased a claustrophobe. One of the big issues over the three days was moving about the confined space of the capsule without entangling each other in the cables and other gear.

Like the actual astronauts we were confined for the entire mission, although we had an out for emergencies that they wouldn’t have. We received food from a sliding drawer that mimicked the food supply on the Apollo capsule. We had to use plastic bags for elimination of waste products. Most of our time was spent monitoring displays to look for anomalous occurrences, such as a sequence of digits changing its pattern. It reminded me that much of space flight involves routine, even if it has moments that soar.

As I said, the routine procedure of monitoring through electrodes turned out to be more significant than any of us imagined. For two and half days everything worked well, just as it had for the Mercury and Gemini programs. all of whose flights were of short duration. But on the third day, one of the electrodes malfunctioned, then another. We had to break the isolation protocol to have our skin re-shaved and the electrodes re-pasted.

It soon became clear that hair would grow back too fast, There had to be an alternative to paste-on electrodes for use on longer flights. I believe that NASA initially resorted to implantable electrodes for the longer missions, in part due to our experiment. I believe that my rapidly growing hair thereby made a contribution to the space program.

It was also interesting to see the effects of my nomination as Captain. As I mentioned, the confined quarters and bothersome equipment led to ever-growing annoyance over the three days. I became the final arbiter for major disputes, such as “your cable tangled with mine, not the other way around.” I found that quick, firm decisions, which over time roughly balanced the wrongs to the parties involved restored peace to the capsule and appeared to be accepted by all.

At the end of the simulation we had debriefings, showers, etc. Television crews then arrived. I learned as I’ve learned several times since, that I’m terrible at saying anything the least bit intelligent in front of a camera. Although I thought that the experience was fascinating on many levels, I couldn’t bring myself to say that it was terrifying or ennobling in the way the reporters seemed to want. (It seemed crass to mention how pleased I was to learn that we were to be paid for four full days.)

In “Where is Everybody?” Mike Ferris was an astronaut in training confined to an isolation room for 20 days, not the 3 that we experienced. Researchers were assessing whether he could handle the psychological stress of a prolonged, solo trip to the Moon, whereas we were just college students there to test the equipment as much as ourselves. Ferris hallucinated a complete town, without any people, out of his sensory-deprived mind. We weren’t privileged to such elaborate images, but each of us had unusual dreams and changed in the short course of the experience.

For Ferris, space travel meant being alone. As a result of just a simulation, his mind spun a fantastic reality in which all other people had ceased to exist.

The overall effect of my simulation experience was the opposite. Every aspect of my body was monitored 24 hours a day. When I deviated on the routine tasks, alarms would go off. The presence of my co-volunteers was inescapable, instilling another kind of madness, and a desire to be away from them at all costs. Even emerging from the capsule, I was confronted by a team of researchers, reporters, and television cameras. For me, the “everybody” was everywhere. I longed for nobody, and wondered where it could be found.

2 thoughts on “Where is everybody?”