Shortly after dawn on Sunday, Daniel Dejean and I set out to walk the Cape Cod Rail Trail (CCRT), not just to walk on the trail, but to go the entire 22.3 miles.

I like to walk long distances at a brisk pace, but I was worried about going with an accomplished marathoner, one who would probably be bored with my pedestrian pace. But Daniel seemed quite happy to walk instead of run.

In the beginning we had the trail to ourselves. Perhaps others were deterred by the hour or the temperature just below freezing? In any case, it was heavenly. We enjoyed the exercise, the views, and the conversation. For equipment, we took along one not-smart phone and a fancy watch that didn’t work. 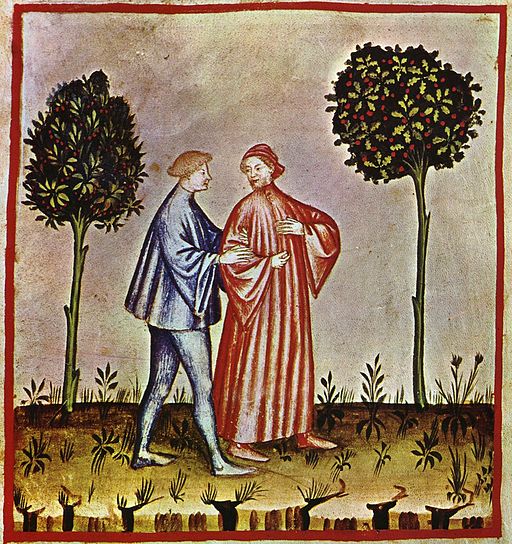 For six hours, we saw a side of Cape Cod that you miss completely if all you know is Route 6, the beaches, or the residential streets. Since the trail is elevated, it offers a better view than that afforded by many forest trails. We saw natural wetlands and cranberry bogs, salt marshes, meadows, forest, creeks, the bay, and the back sides of houses, churches, and businesses. There’s a winery that I didn’t know about.

We talked about what we each liked and didn’t like about life on Cape Cod, music, art, movies, growing up, religion, Borges, Deleuze, Piaget, and OULIPO. We also had good stretches of silence, just listening to the birds and the wind, or walking without listening at all. Amazingly, we avoided the political discussions that seem to dominate the ordinary day.

A long walk imbues your body with a rhythm that offers peace and balance. We joked about Daniel’s fancy electronic watch, which told us all kinds of things, but seemed incapable of  communicating the time of day. We saw it as very postmodern, or perhaps Buddhist, in its rejection of our chopped up daily lives.

Our overall pace was 3.6 mph. That’s faster than Google walks, but still fairly relaxed. Around 17 miles we each began to feel the stress on our bodies. Daniel revealed that he feels the stress at the same point when running a marathon. It’s interesting that it occurs at the same distance, but of course half the time when running.

As the sun rose, we began to see more people. There were people walking their four-legged masters, babies in strollers, people in wheelchairs, couples, groups, and solitary walkers. Each of them were experiencing a slice of Cape Cod that is hard to find in any other way.

I don’t know that any of them planned to walk the entire route as we did, but I’m sure they each felt some degree of balance as articulated by Taccuino Sanitatis. This is an 11C Arab medical treatise by Ibn Butlan of Baghdad which sets forth the essential elements for well-being, including balance of activity and rest, food, fresh air, and state of mind. Daniel pointed me to that.

Before the railroad came, Cape Cod was accessible only by boat or stagecoach. Passenger rail service from Boston to Provincetown started in 1873 and became a major factor in the Cape’s growth as a summer resort area. But when the car bridge over Cape Cod Canal opened in 1935, passenger rail service soon came to an end. The cars were a boon for tourists and tourist services, but they also began to destroy much of what makes the Cape so special. Residents and visitors who see the Cape mostly from their cars or selected recreational areas miss a lot.

The rail corridor was purchased by the Commonwealth in 1976. A portion of that was converted to a rail trail, which now runs from South Dennis to Wellfleet with side trails going off to Chatham and other areas. Daniel’s uncommunicative watch told us that the trail on the rail bed was a way to step back in time, to connect to some of that earlier Cape Cod life, and to experience a more balanced way of life.

The Chestnut canoe company of Fredericton, New Brunswick, was a preeminent producer of wood and canvas canoes. Teddy Roosevelt purchased their canoes for his South American expedition. Before aluminum, fiberglass, ABS, Kevlar, and other synthetic materials, Chestnut used wood to make canoes for every purpose.

Around 1954, they produced a green Prospector Garry, serial number CHN47317M75J, 8770HF. I don’t know all the waters that boat traveled, but somehow it wound up as a display item at Wilderness House, an outfitter on Commonwealth Avenue in Boston. Hanging from the rafters as a signature trophy was some kind of honor, I suppose.

However, Prospectors were canoes made to be used–for work and expeditions. They had no keel, high gunwales, and wide ribs and other features to make them whitewater capable. They could carry a half ton of people and cargo. Unlike canoes made from most of the new materials, wood-and-canvas canoes are infinitely varied, beautiful, quiet, repairable, and sensual.

The Story of the Chestnut Canoe

Three decades after it was made, my friend Brian Smith called from Wilderness House. He said that WH had decided to sell the Prospector and that he was waiting in line to buy it for me. There was a clear assumption that I would come up with the cash. His action was simply to make sure I didn’t lose the opportunity, not a major gift. And Brian already had a Chestnut himself. So, shortly before Emily and Stephen were born I adopted a 30 year-old canoe.

It’s an oxymoron today to say “whitewater, wood-and-canvas canoe.” But before the 1950s, wood-and-canvas was the material of choice. We took this particular canoe on some rough waters, including the Oxtongue River in Ontario, although to be honest, we didn’t run Ragged Falls.

The canoe performed well in every setting, in salt water, ponds, and rivers; in wind and rain, carrying four people or one. But like everything it aged. There were some small dings from expeditions; the paint faded and peeled; the canvas sagged; some gunwales had separated; and two ribs broke, probably during our move to Massachusetts. It was time for a makeover, for what was now a 60 year-old canoe.

Walter Baron, a neighbor and expert boat builder, agreed to take on the task. In the photos below you can see some steps in the process. Walter removed the canvas and stripped the inside.

I asked him to add a beautiful new portage yoke I purchased from Essex Industries in New York. Essex is a sheltered workshop, which unfortunately is facing difficult times. It seems to be one of the success stories for that type of facility.

Today, we took final delivery on the rejuvenated and now, brick red, Chestnut Prospector. I wanted to try it out, even in the cold, but the local ponds are covered in 14″ of ice. So it now hangs in our garage. much as it did at WH, but knowing that its true destiny is to be loaded with gear, carrying its passengers silently and safely wherever their adventure leads them.

Photos from a GSLIS canoe trip on the Middle Fork of the Vermilion River (Wabash River tributary). There was another GSLIS trip on the same river the previous June.

The Middle Fork is the only river in Illinois designated as a National Wild and Scenic River by US National Park Service. It flows through Kickapoo State Park near Danville.