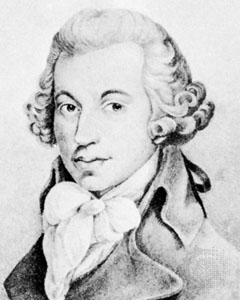 It was nearly two centuries ago (1830) that Frédéric Chopin came to Paris. There, he met Franz Liszt and other musicians; he also began his famous relationship with George Sand.

In Paris, he discovered the Pleyel piano, his lifetime favorite, and performed his first and last concerts at Salle Pleyel, which remains a major, active concert hall. 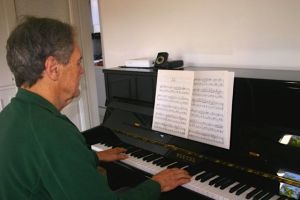 Chopin’s waltz on a Pleyel

It’s beyond presumptuous to put myself in that tradition, but still, there’s something very pleasant about playing one of Chopin’s a minor waltzes on a Pleyel in Paris. The piano is new; it’s so shiny that you can see the reflection of the Père Lachaise cemetery (where both Chopin and Pleyel are buried) from across the street.

This apartment has a good collection of Chopin, Bach, Debussy, and other classical composers. There’s a late 19C edition of Beethoven’s Sonatas, as well as Monty Python, Frank Sinatra, and Jacques Brel. There’s even a guest book, specifically for musicians, which was provided by a previous guest in the apartment.

One thought on “Pleyel in Paris”