I met recently with someone who’s played a major role in starting Coffee Party USA. It’s a promising idea, one which provides at least some counter to the vicious, self-serving, and dogmatic rhetoric we hear so often in other arenas. I’ll be interested to see how it develops.

…aims to reinvigorate the public sphere, drawing from diverse backgrounds and diverse perspectives, …[believing] that faithful deliberation from multiple vantage points is the best way to achieve the common good…

We are 100% grassroots. No lobbyists here. No pundits. And no hyper-partisan strategists calling the shots in this movement. We are a spontaneous and collective expression of our desire to forge a culture of civic engagement that is solution-oriented, not blame-oriented. 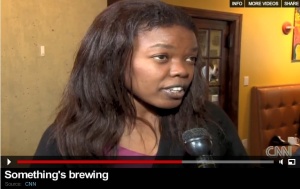 One thought on “Coffee Party USA”