On Saturday, my hosts Yunus and Martina took me by ferry to the World War I Gallipoli battlefield. It’s now a large national park, with more cemeteries than we could visit in one day. After seeing all of the deaths from fighting for “a good cause,” it’s especially moving to read Mustafa Kemal Ataturk’s words.

Those heroes that shed their blood and lost their lives … you are now lying in the soil of a friendly country. Therefore rest in peace. There is no difference between the Johnnies and the Mehmets to us where they lie side by side in this country of ours. You, the mothers, who sent their sons from far away countries, wipe away your tears. Your sons are now lying in our bosom and are in peace. After having lost their lives on this land they have become our sons as well.

Ataturk had been commander of the 19th Turkish Division. He’s also famous for saying “I don’t order you to attack, I order you to die. In the time which passes until we die other troops and commanders can take our place.” Many died on both sides, but I don’t know whether the good cause was Turkey defending itself from the Allies or the Allies trying to conquer Turkey so they could invade Russia. In any event, the Allies lost, Winston Churchill was fired, and a new set of mothers began producing a new set of sons for the next World War.

The Anzac forces initially underestimated the ability of the Turkish army to resist, but in the end they developed a respect for not only the fighting ability, but the moral courage as well. An allied commander referred to Turkish soldiers in the following way:

He is a tough and brave soldier but when cease fire is called, he is gentle and humane; he will bandage the wounds of his enemy and carry him on his back to save his life. Such a soldier hasn’t been seen before on this earth. 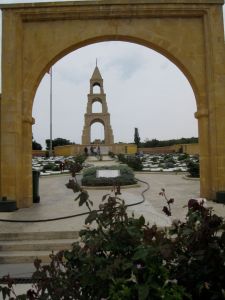