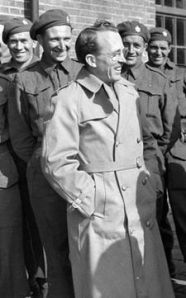 Tommy Douglas, premier of Saskatchewan from 1941 to 1960, led the province to develop a universal, publicly-funded “single-payer” health care system. It was so successful that other provinces soon copied it, and ultimately, so did Canada’s federal government. In 2004, Douglas was rated by his compatriots as “The Greatest Canadian” of all time.

Saskatchewan has been a leader in many areas of health care, but that happened over many years. The Saskatchewan Government site lists six reasons why the province was able to do what it did. These are worth thinking about for the US health care debates today:

A US House committee recently approved an amendment allowing states to create single-payer health care systems. Doing so might be a way around entrenched, moneyed interests that have thus far thwarted every attempt at health care reform in the US, but only if we can find a similar vision and co-operative spirit. Could we do it without the economic hardship of the 1930s?

Physicians for a National Health Program.

One thought on “Opening the door to single-payer health care”